The manner and rule of taking a train in Japan 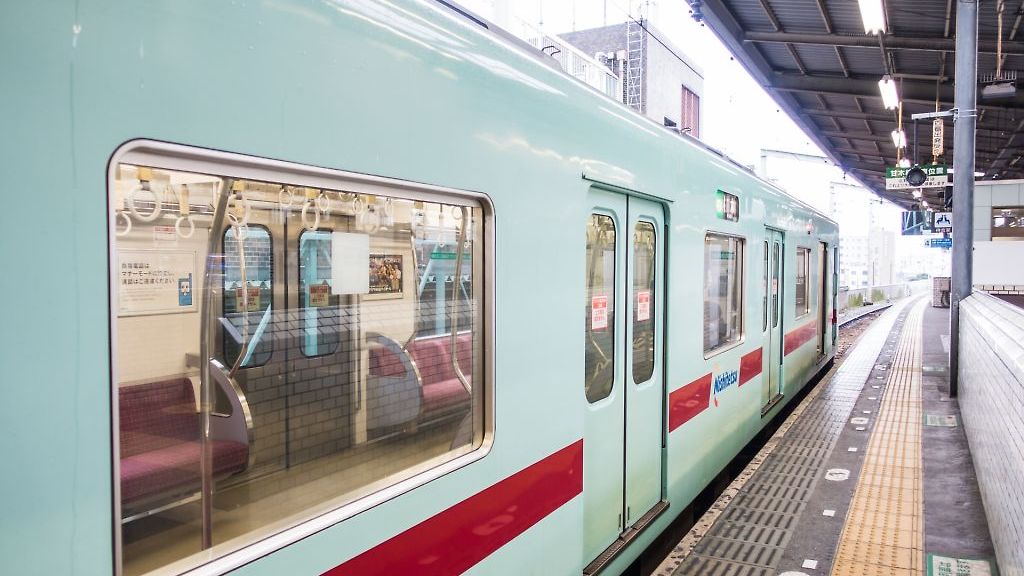 Main transportation in urban cities such as Tokyo and Oosaka is a train.
A train is not necessary to worry about a parking, no traffic jam, and take many people at once. Urban life cannot go well unless there is a train.

In other words, in order to live in urban cities in Japan, you must master how to take trains.
You should learn manners and rules of trains in Japan, and take a train smartly.

Manners and rules of trains in Japan, about platform.

It is important to know manners and rules of trains Japanese-specific on order to take a train smartly.
At first, we will introduce what you have to be careful in station platform.

You must wait on specified place.

Depending on what kind of a train and the number of formation, the position of which trains stop and doors would be changed. You must on specified place written in a platform.

You must be on line.

In Japan, it will be so rude to interrupt a line. You will get bad looking from everybody on a line if you do not follow an order.
Basically, we must be on line to wait for next train in a station platform.

You should walk inside a yellow line.

People who get off should be priority.

About taking on and getting off, people who get off should be prioritized.
People who take on a train should not stand in front of a door, stay on side, and allow people who get off to get off smoothly.
After everybody who gets off finishes, you would promptly take a train in order.

Rushing to take on a train is very dangerous!

What you must never do is to rush to take on a train. We often see even Japanese people do it, but you must never imitate it.
You could be sandwiched by a door of train. And it could cause delays of trains.

Smoking should be smoking areas.

In Japan, of course, inside trains and station platform essentially are all non-smoking.
You can smoke in only smoking area. You must be aware of it.

Manners and rules of trains in Japan, about the inside of a train.

Setting a cell phone to silent mode, and talking on the phone is not allowed.

In some counties, to talking on a cell phone is ok in public transportations such as bus and train is fine, but in Japan, it is completely rude.
You should set a cell phone to silent, and not to talk on a phone.
Moreover, you should get a cell phone off near priority seats.

When talking in a train, the volume of your voice must be one tone down.

To eating and drinking in a train is prohibited.

To eating and drinking in a train is prohibited essentially except bullet trains and some express trains that run long distance.
Especially, in rush hours, drinks poured in paper cups such as a coffee could be spilled so that you must not bring it to a train.
However, gums and candies are fine. But, to eat a hamburgers and rice balls in a train is not allowed.

Baggage must not be put on a seat.

You should avoid putting baggage in a seat to let many people sit on a seat.
You should put your baggage on a luggage rack or on your lap.

Be aware of people who take on and get off in front of a door.

If you take a train, you should not stop around a door, but go all way back of a train to let people behind you in.
To stand up in front of a door and never move from there is rude.
If you stand up near a door because it is very crowded, and then you cannot move, you should try to make a space for people who take on a train.

The priority seat should be given away.

The priority seat is for elderly people, handicapped, pregnant women, somebody with kids, people who are injured.
The different color of other seats and the sticker of priority seat on windows should be the indication.

But, we hope that if there is someone who needs to sit, we should give our seat away to him without any thought.

What are strollers, and wheelchairs zone?

Moreover, in terms of taking on and getting off a train with wheelchair, you can ask station attendants to support.

There are these kinds of trains in Japan.

Trains in urban areas are 8 passenger cars and 10 passenger cars of train etc. many kinds of trains are running.
In those trains, “soft air conditioned” or “for women only” are written on a door.

What is “soft air conditioned”?

You should ask station attendants if you have something you are not sure.

This time, we introduce manners and rules of trains in Japan.
In order to make your life in Japan comfortable, please use all information for yourself.

We have explained most of basic information.But, if you have any trouble in a station, feel free to ask station attendants.