Can I get special local products by donating to local governments in Japan? What is “Furusato Nozei”? 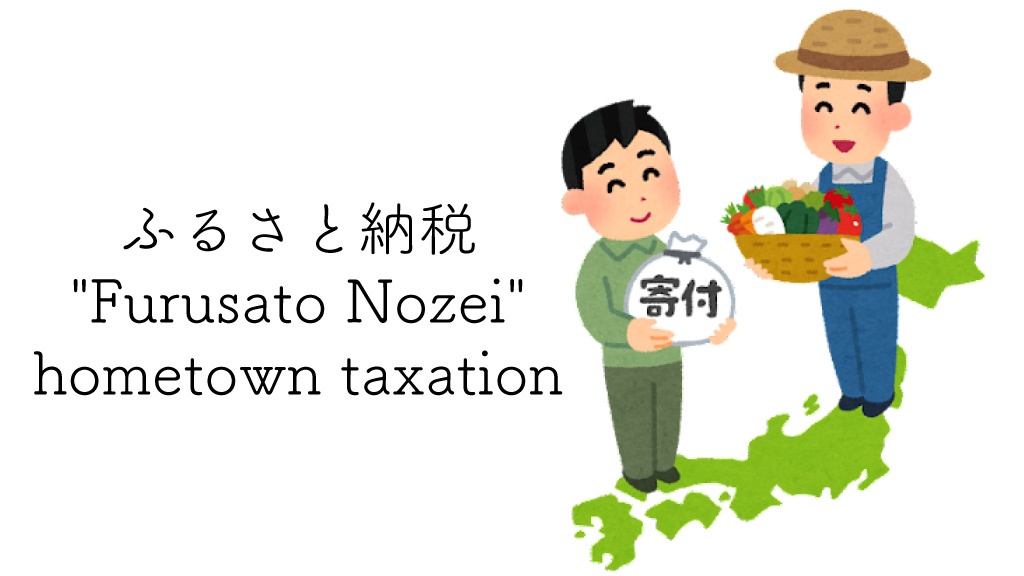 In Japan, there is a system called “Furusato Nozei” (hometown taxation), in which you can make donations to local governments (prefectures, cities, towns, and villages). With this system, if you declare in your tax declaration that you have contributed, part of the contributed amount will be deducted from your income tax and residence tax. Among these, some municipalities allow you to choose how your donation will be used and receive a gift in return. A variety of goods and services such as special local goods, accommodation vouchers, and experiences can be obtained as return gifts, and this, in itself, can be a good opportunity for foreign residents in Japan to learn about the characteristics of a wide variety of regions. Today, I would like to explain “Furusato Nozei”.

What is Furusato Nozei?

In Japanese, the place where you were born or grew up, or a place you are familiar with is called “Furusato”. For this reason, when you say “Furusato Nozei”, it may be misunderstood as being a system of paying tax to the local government of your hometown. However, it actually refers to “donating to local governments throughout Japan, not just your hometown”.

If you work in Japan, normally, you pay tax to the local government where you live. For this reason, local governments in urban areas have high tax revenues, while they are much lower in the more rural areas. This is a mechanism through which, by donating to the “region you wish to support”, such as the area where you were born, or an area that has been good to you, you can develop the environment.

Any amount in your donation that exceeds 2,000 yen will be refunded from your income tax for that year and deducted from your residence tax the following year. (There is a limit to these deductions, and this limit will depend on various conditions.)

Choosing the region and how to use it

It is possible to choose which region you contribute to, and how it will be used.

It will not help you save or reduce tax

Just because you use the “Furusato Nozei” scheme, that does not help you save on tax or reduce your tax bill. It is nothing more than a system to deduct the contribution amount from income tax and residence tax.

However, depending on the local government, it is possible to receive 30% of the contributed amount in returned goods. Additionally, if you use the Furusato Nozei portal site, you may be awarded points. You can think of it as “a good deal getting returned goods and point”.

Complexity of calculating the upper limit

Depending on the contribution amount, there may be a limit in the amount to be deducted. Any amount exceeding this limit cannot be deducted. The upper limit differs depending on income and family composition. As this depends on other deductions such as the housing loan deductions and medical expense deductions, it is a highly complex calculation. The only way to get an accurate calculation is to check this with your local government in January or February of the year after your donation.

You can use the information provided by the Ministry of Internal Affairs and Communications or the simulation function on the Furusato Nozei portal site to check the upper limit.

When using Furusato Nozei, it is convenient to pay your taxes using a Furusato Nozei portal site. As each has different characteristics, you can choose the one you find easiest to use.

Furusato Nozei donations made between January 1 and December 31 of each year are reported the following year. In basic terms, donations by 23:59 on December 31 are considered donations for that year. Donations received after 0:00 on January 1, on the other hand, will be considered as donations for the following year. Note that the timing of payment confirmation will differ depending on the method of payment. You should also ensure you file your tax return before the deadline if you have donated that year.