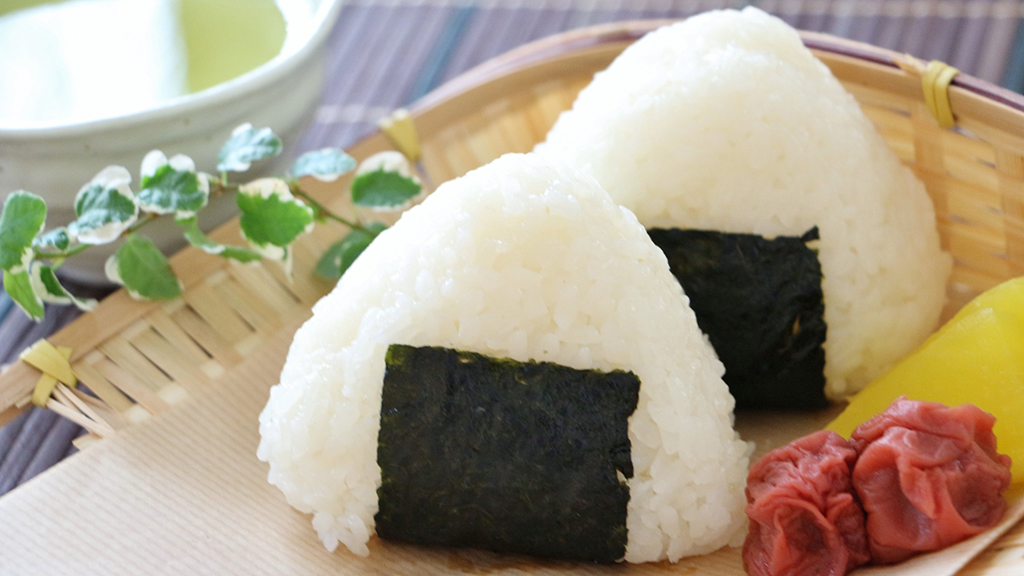 “Onigiri” has been very popular among Japanese from old days because you can eat it with one hand and carry it easily. You may have it as a breakfast, late night snack or in a lunch box. “Onigiri” can be made from rice only but mostly with something in it.

We show you here popular convenient store onigiri and the standard ingredients in it.

What is “Onigiri (Omusubi)?”

It is a triangular or round rice ball prepared by grasping rice with both of your palms. Usually it’s wrapped in a sheet of seaweed. The one with salt only is called “Shio-musubi.”

It’s originally a home cooking but you can buy it at everywhere such as convenience stores or super- markets. You’ll find it on the menu of restaurants and izakaya-pubs.

In convenience stores, there are “Moist Type”, which has already rolled seaweed, and “Crispy Type,” which is rolled just before eating. The moist type is also called “jikamaki (directly wrapped) onigiri.” There some other varieties not using seaweed but wrapped in a thin omelet, sprinkled with some Furikake (dried condiments), or baked with miso bean paste or soy sauce. “Nikumaki onigiri” wrapped with sliced meat is also popular.

The white steamed rice is standard for onigiri, but takikomi-gohan (boiled rice mixed with vegetables and meat or fish) or Chinese fried rice is also used. Recently, we often see gokokumai (five grains including rice) onigiri.

The additional ingredients can be filled in the rice, mixed with rice or used as toppings on the onigiri.

Let’s see which are the top three bestselling onigiri kinds at three large convenient stores, Seven-Eleven, Family Mart and Lawsone.
*Some kinds are not sold in some area.

Recently, the onigiri which is so devilishly good and can’t stop eating is called “Devil’s Onigiri”. Lawsone has onigiri with this name.

There’s no rule or limit as for the ingredients. Here are classic five standard kinds.

This is a traditional Japanese pickled food which has been most popular for ages as an ingredient. The sour and salty taste goes well with boiled rice. There are some variations how to use pickled plum. Moist umeboshi can be put inside onigiri as is or crunchy ones can be chopped and mixed with rice.

The salmon, for its distinctive flavor and bright color glowing nicely with rice, is a very popular ingredient. The broiled meat is put inside onigiri as is and also is flaked and mixed with rice.

The oil preserved tuna and bonito is called “Tsuna” in Japan. The “Sea Chicken’ is a brand name of canned tuna produced by Hagaromo Foods. Because of the large trading volume, Sea Chicken became a synonym of tuna in Japan.

Tuna (Sea Chicken) mixed with mayonnaise is good ingredient not only for sandwich but for onigiri, as well. One of the bestselling at convenient stores.

This is the preserved ovaries of walleye pollock with red pepper and other spices. The spicy hotness goes well with rice. Clearly, it’s very popular as an ingredient of onigiri. You’ll enjoy this by mixing with mayonnaise, wrapped in butter mixed rice, and in many other arrangements.

Kombu, a kind of seaweed, is another traditional Japanese food. Kombu is not only used for making broth (dashi) as you may imagine but also is very popular as an ingredient of onigiri. This comes as “Kombu-no-tsukudani”, simmered chopped kelp in soy sauce and sugar. Also, “oboro konbu”, thinly sliced kelp may be used to wrap rice in place of dried seaweed.