Types and Characteristics of Kimonos 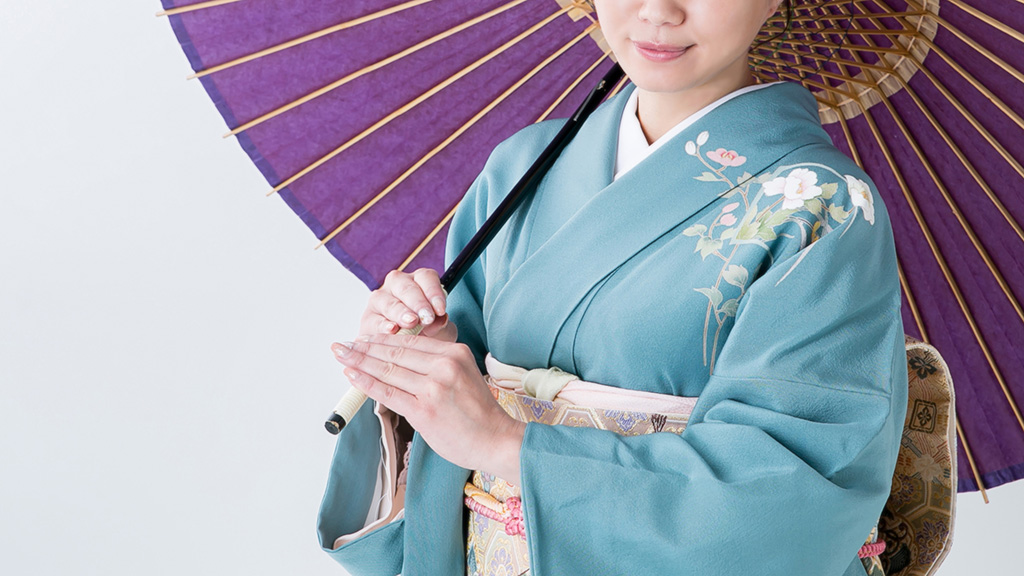 The kimono is the traditional Japanese costume. Kimonos were the clothes commonly worn in Japan until western clothes became mainstream after the Second World War. There are various types of kimono. On this occasion, I will mainly introduce you to kimono worn by women.

There are various types of kimono. It is necessary to select kimono compatible with TPO. The ”Yukata” seen in the summer is also a type of kimono.

Kuro-montsuki is a plain, black kimono with “mon” (design determined as the symbol for each family). This is the most formal of kimonos, and is mainly worn at ceremonial occasions.

This is formal dress worn by unmarried women. This is characterized by flamboyant “Eba-moyou” (large patterns that cross the seams in Japanese clothes) and long sleeves. There are different types depending on the length of the sleeves.

This is the most formal of “Furisode” types, and are also called “Hon-furisode”. The length of the sleeve is approximately 114 cm. These are used as wedding clothes by the bride.

The next most formal is the Chu-furisode. The length of the sleeve is approximately 100 cm, and this reaches the ankle. This is used as the clothes worn by people when they participate in the “Coming-of-age” ceremony.

The length sleeve on the Ko-furisode is approximately 85 cm. At graduation ceremonies, this is worn with Hakama (wear that covers from the hips to the feet worn over the kimono).

This is formal dress worn by married women. This is mainly worn at formal occasions such as weddings. There are the two types of Kuro-tomesode and Iro-tomesode.

This is a design characterized as there is a pattern only on the hem on a black background. In the same way as Kuro-montsuki, there are “mon” in five places. These are worn only at celebrations.

Tomesode other than those made from black fabric are called Iro-tomesode. These also have a pattern only in the hem, but there are a wide variety of types with 5, 3, 1 or zero “mon” included. These are worn by unmarried, as well as married, women. These are worn only at celebrations.

Homongi are similar to Iro-tomesode, but the pattern is included from the upper half. Additionally, pale colors are often used. Whereas Iro-tomesode are not considered suitable for casual scenarios, Homongi can be worn at a wide variety of celebrations.

This is a kimono typically worn when going out, and the design is characterized by the fact that small patterns are repeated throughout the whole garment. As there are a wide variety of patterns, it can be worn for a diverse range of uses.

This is the most casual of kimono. This is also loved nowadays as a kimono for going out in during the summer. The biggest difference with the kimono introduced so far is the fact that it is unnecessary to wear a “Nagajuban” (white inner wear worn inside the kimono) before putting on the kimono. This can be worn with just a Yukata. Commonly, rather than “Zori” that require “Tabi” socks, you should wear “Geta” , which you can wear with your bare feet.

Things required in addition to the kimono

“Obi” band is not the only item required when wearing a kimono. I shall introduce the minimum number of required accessories.

Before wearing a kimono, this is worn as underwear.

This is like a belt for tightening the center of the Obi band, and plays the role of holding down on the Obi band.

This is an item worn instead of socks, where the toes are separated in a forked manner.

There are zori and geta made of a variety of materials. Choose the one suitable for each particular scenario.

There are bags with a wide variety of designs such as those with “Kinchaku” (drawstring bag) and handle attached. Choose the one suitable for each particular scenario.