Issue of Commemorative Coins for the Enthronement of His Majesty the Emperor! 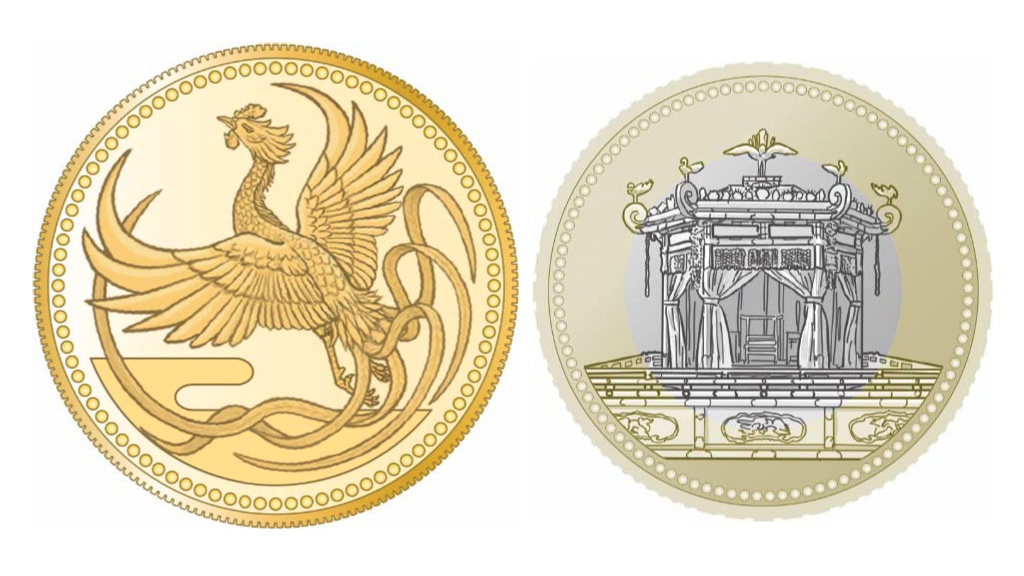 The Ministry of Finance has announced that, in commemoration of the Emperor’s ascension to the throne, it will issue special 10,000-yen gold coins and 500-yen copper coins.

What kind of design is it?

The gold coins will have a phoenix and Zuiun (auspicious clouds) on the front surface and The chrysanthemum crest of the Imperial House, Betula grossa and Rosa rugosa on the reverse side.

The copper coins will have Imperial Throne for the Emperor on the surface, and the same design as the gold design on the reverse side.

Where can you purchase them?

You can purchase these from the Mint Bureau from July 11th.

1. It uses pure gold and the quantity is larger than normal

The surface is polished like a mirror, and it uses a different method of processing than the coins that are normally on the market.

There will only be 50,000 gold coins and 5 million copper coins produced.

As there is a high quantity of gold, and it is specially processed, the price may seem high, but this is a limited-quantity precious coin. A new emperor ascending does not happen very often during your life. How about purchasing one to commemorate the event?

Reference: The Ministry of Finance
https://www.mof.go.jp/english/currency/coin/commemorative_coins/20190510.html