Nine selected spots where Ajisai (hydrangeas) can be seen in 2019 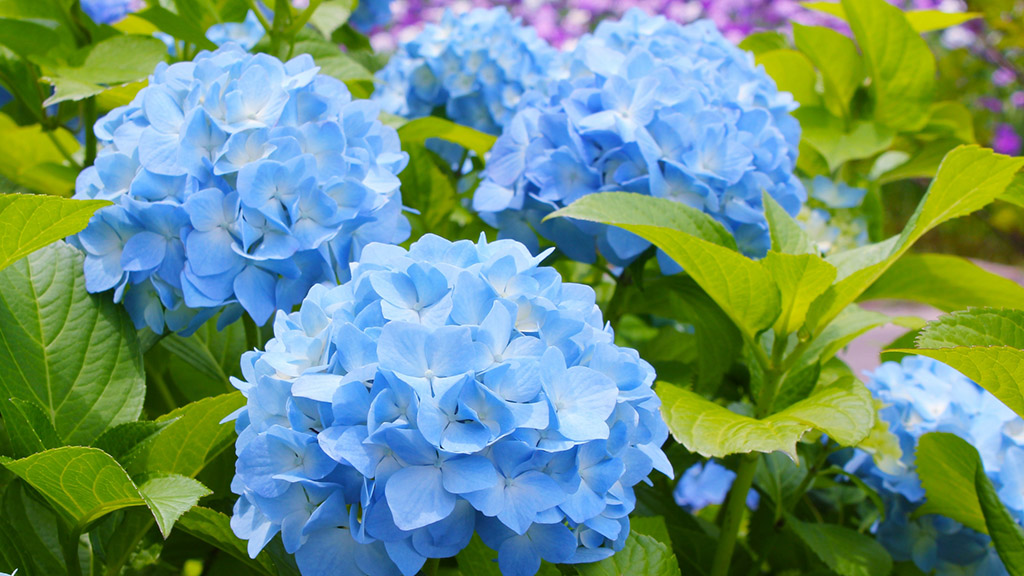 In Japan, it rains a lot in June. It is sad when you cannot go outside because of the rain despite it being your day off. How about a date viewing the Ajisai during this rainy season?

The Ajisai being beaten by the teeming rain is a beautiful sight and has been loved for many years by Japanese people. We will introduce you to some recommended spots where you can view these Ajisai.

The flowering situation differs depending on the weather, so please check the flowering information before you go.

This shrine is counted as one of the ten Tokyo shrines. Inside its borders, a diverse range of approximately 3,000 Ajisai are grown. The “Bunkyo Ajisai festival” is held in June. During the Ajisai festival, cafes and stores selling souvenirs appear on the approach to the shrine.

This is the most picturesque place for viewing Ajisai in Kamakura. The type of Ajisai within its boundaries are nearly all “Himeajisai”, and their color changes daily from light to dark blue. It is so beautiful that the color has been named “Meigetsuin blue,” and are certainly worth viewing.

This is another famous spot for viewing Ajisai in Kamakura. In the beginning of spring, it is the plum, at the start of summer it is the wisteria, during the rainy season, you can see the Ajisai, and then the yellow leaves (Koyo) in fall, making this a famous temple for viewing beautiful flowers the whole year around. Ajisai spread out along the Ajisai route as far as the eye can see. It is recommended for those who wish to view multicolored Ajisai.

Enjoy this scene of the castle and Ajisai together. A festival is held at the point the 7,000 irises and 2,500 Ajisai start to bloom. During this time, the famous gourmet food stalls of Odawara emerge, and the night sky is also lit up.

This flower garden looking out over Owakudani valley boasts 70 varieties and 4500 Ajisai flowers. There are also Ajisai expressing 1000 petals in crystal glass. This is the only place you can Ajisai reflected in sparkling crystal glass.

This boasts the largest-scale area of Ajisai within the prefecture, with 20,000 Ajisai. At Hakkejima Sea Paradise you can enjoy both the ocean and Ajisai. During the Ajisai festival, the sea train operates specially as the “Ajisai train”. It works tirelessly, even on rainy days. Enjoy this while viewing the Ajisai.

In the spring, Gongendo Park is famous for viewing cherry blossoms. In June, it boasts100 varieties and 16,000 Ajisai flowers, when the “Ajisai festival” is held. The scene where white Ajisai “Anabel” stretch out in front of you, make it is if you were sitting on a cloud.

Hondoji temple, with its 700-year history, is known as the temple of Ajisai in Matsudo. There are several ancient buildings constructed around the 17th Century. Enjoy the Ajisai while looking around this historical temple.

The site area of the park is approximately 13,800 square meters, and as its name “Ajisai Park” suggests, it boasts various types of Ajisai. There are rivers and ponds within the park, so you can enjoy the Ajisai while walking around. You can also enjoy the illumination during the festival period.