[For beginners] Meaning of Goshuin and required etiquette 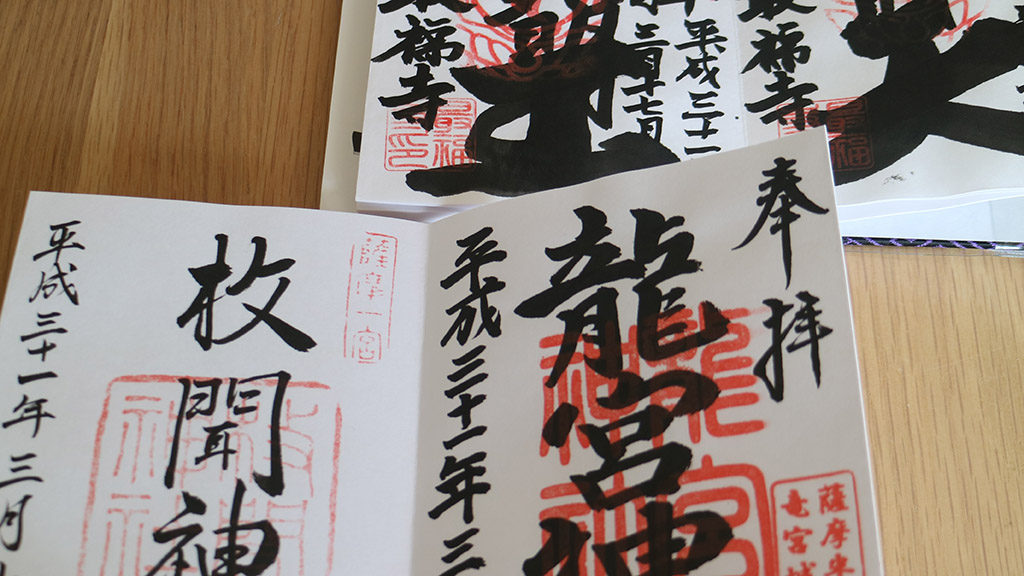 While “Goshuin” is a cultural phenomenon that has existed since ancient times, in recent years, visiting shrines and temples and collecting these stamps has become popular among the younger generation. Recently, the long lines made for “Goshuin” commemorating the changing of the era have become a major news item.

Would you like to receive a “Goshuin” as a memorial of your visit to a shrine or temple?

On this occasion, I would like to introduce you to the meaning and history of “Goshuin” and the proper etiquette when receiving them.

“Goshuin” are an imprint received by worshippers as proof of having visited the temple or shrine.

There are various theories regarding the origin of “Goshuin”, but they are said to have existed from around the end of the Muromachi era to the beginning of the Edo period. The theory that they were a receipt stamp as proof of having dedicated a transcription to the temple is a powerful one. Even today, there are temples where you cannot receive a “Goshuin” unless you dedicate a transcription.

Transcription refers to copying the Buddhist Sutra. This was carried out for the training and study of monks, to spread Buddhist teachings, but later this was performed by ordinary people for the purpose of their faith.

It is said that from the middle of the Edo period, the number of temples and shrines where you could receive a “Goshuin” by paying a small sum of money after worshipping, even if you did not dedicate a transcript, increased. This later became linked to “pilgrimages” around the various temples and shrines, and the collection of “Goshuin” grew in popularity.

“Goshuin” are an action accompanied by faith. It is not just a game where you collect stamps. When receiving a “Goshuin”, you should always worship in advance. There are some temples and shrines where you hand in your “Goshuincho” (stamp book) before worshipping and then get it back after performing the worship. There are also temples and shrines that do not handle “Goshuin” at all. You should check before you go.

The notebook in which the “Goshuin” are written is called a “Goshuincho”. As this is not a stamp rally, asking them to write it in an ordinary notebook is considered rude, and you may be refused. Be sure to prepare a dedicated “Goshuincho”.

The “Goshincho” can be purchased at the temple and shrine you are visiting, but they are also for sale in stationery stores or via the Internet. As you will continue to use this as you go around different temples and shrines, you should search for a “Goshuincho” that you like.

Where can you request this?

It is normal to request this at the “Juyosho” (conferment area), where there are amulets and charms, or the “Shamusho”, which is like an office. There are also temples and shrines with a “Shuinjo” established.

You ask “Can I receive a Goshuin?”, and in places where this is available, you should open up a new page in the Goshuincho and pass it to them. After you pay the fee, wait for them to write it for you. After receiving the Goshuin, say thank you, take it home, and look after it carefully.

There are places that may not be able to write them for you during busy timeframes when there are a lot of worshippers, during lunch break, or in the early morning or evening etc. Rather than putting pressure on them at that time, give up receiving it on this occasion, and think of it as an opportunity for you to visit again.

There may be times when you receive a “Kakioki” written in advance. You should stick this “Kakioki” in your “Goshuincho”.

Fees for “Goshuin” are also referred to as “Hatsuhoryo” and “Nokyoryo”. These differ by temple/shrine and period, but often these are in the 300-500 yen range. If you are told “O-kimochi de”, you determine the fee yourself and pass it over. It is common to pay approximately 300 yen. In such a case, you should prepare the correct change in advance, so you do not need to receive any change back.

“Goshuin” are sacred. While they are being written, avoid making a lot of noise, talking to the person who is writing it, or peeking at the paper.

Additionally, when this is being written for you, the individuality of the writer will be reflected in the writing style. Enjoy this fact even if it is different from what you have seen in images on SNS.

Use the “Goshuin” as an opportunity to worship at the shrine or temple.

In any case, looking at the received “Goshuin” may calm your mind, and bring back memories of your trip like a flood, causing you to give thanks to Buddha. This will remain in your heart and make you feel the deep intricacies of Japanese culture.

We hope that you will enjoy collecting “Goshuin” while observing the proper etiquette.