What are family crests(Kamon)? History and design. 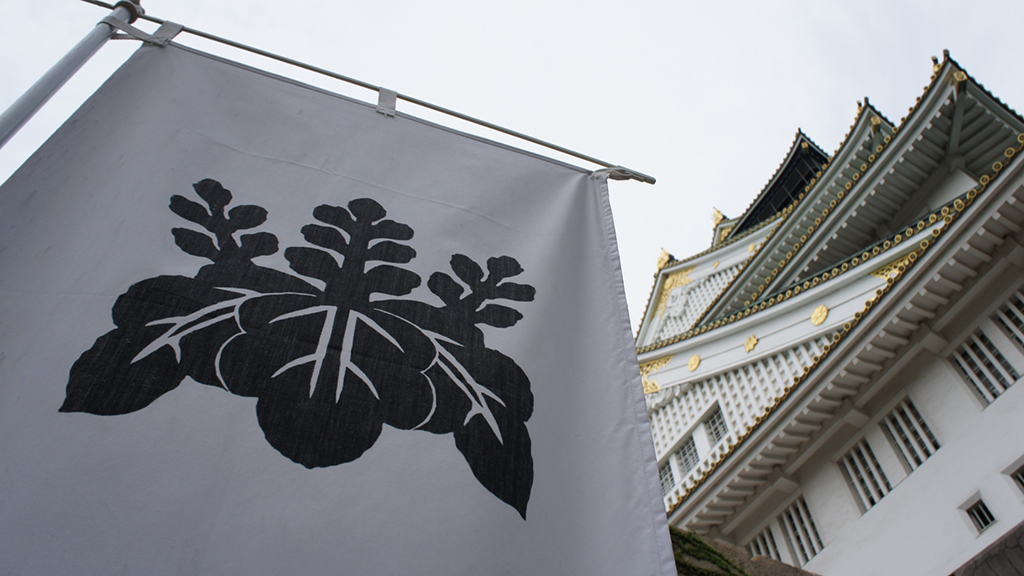 Most of homes in Japan own family crest which has been inherited from generation to generation with great care.

Simple yet cool design receives good popularity in overseas, too. It became famous when Louis Vuitton used their family crest as a motif for their monogram.

We’ll show you this time the history and patterns of family crest.

What is a family crest?

We use ‘Kamon’, a Japan original culture, to represent the family, the pedigree, the status and the position. It is different from the European coat of arms which is passed down to individuals but is rather inherited by a family.

There is no legal method to decide a family crest. As it is not registered with any place and new one nay be created, it is difficult to determine how many varieties of them exist. Some say there are over 50 thousand of them. The popular ones are based on vegetation, but animal, nature and any thing in your personal life are also employed.

It is often used at a very formal ceremony such as wedding and funeral when some people wear formal kimono with a family crest. It is also used on a name plate at an entrance or a tile on the roof and is engraved on the tomb stone.

It is unfortunate not to see the crest as a symbol of the family these days anymore. However, you’ll find ‘yukata’ kimono and hand towels designed with chic ’kamon’ and merchandise such as glasses and smart phone covers with appealing ‘kamon.’ The ‘kamons’ of ‘samurai warriors of Sengoku era are especially popular.

Also, logo marks of some corporation use ‘kamon’ itself or arranged ‘kamon.’

The history of family crest:

‘Kamon’ has a long history which tells even way back in Heian Era, some noble men placed some designed patterns on their fixtures and oxcarts to show their ownership.

In Kamakura Era, samurai started to use ‘kamon’ on flags and armory to distinguish from enemies or show off their honorable samurai achievements. ‘Kamon’ could not be picked by themselves but had to be stolen from enemies or had to be awarded by their masters. Therefore, it is said that the distinguished samurai family held several ‘kamons.’

In Edo Period when wars had ceased, ‘kamon’ changed its meaning to show one’s social status and ranking. ‘Kamon’ was put on all fixtures and clothes. There existed a book covering all known ‘kamons’ of Daimyos, feudal lords, which was to refer the status ranking of them.

In those days, the general public was prohibited to have a surname but there was no restriction on using ‘kamon.’ As the literacy rate was not high, ‘kamon’ was very convenient and easy to use. Going into the Genroku Era, ‘kamon’ became very popular among Kabuki actors and Geisha and spread among general public in ‘ukiyo-e‘.

In the battlefield, it was very important to have ‘kamon’ being recognized just from a glance. This maybe the reason why ‘kamons’ which are designed to be practical, simple and bold are favored.

While it was spreading among people, everything became subject of designing, as many as numbers of families in Japan. The varieties of ‘Kamon’ designs have increased to uncountable numbers by changing or adding to basic design such as a circle.

Plant ‘kamon’: Patterns with rice and other plants

Animal ‘kamon’: Patterns with insects, birds and other creatures

Marshal Spirit ‘kamon’: Patterns with sword, bow, luck in a battle or military

You can find a content called “ KAMON Generator” at the site of “Ayataka’, a green tea drink. It’s in Japanese but it’s easy to use. You may feel closer to ‘Kamon.’