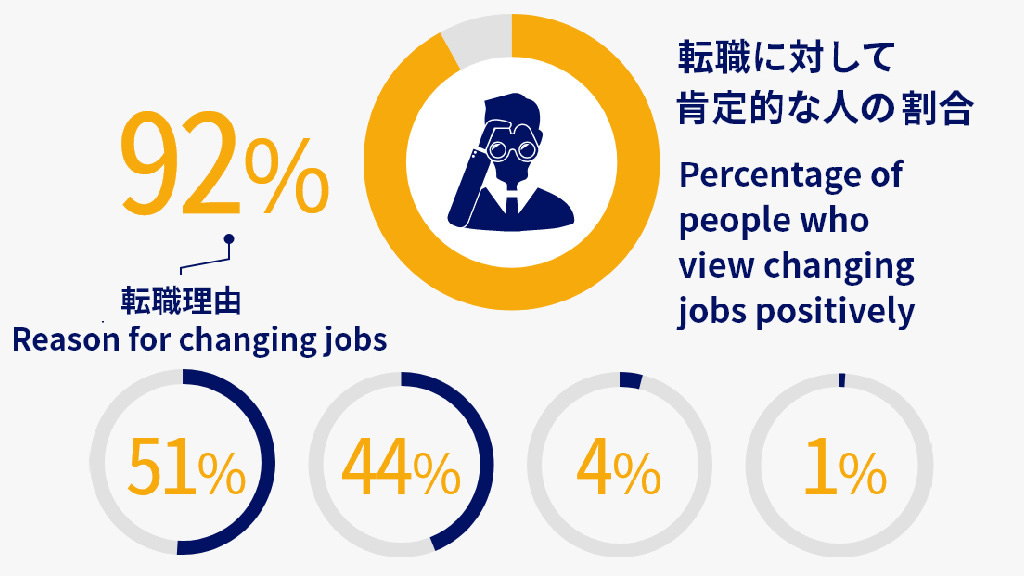 Japan introduced a new staying permit called “Specific Skill Workers” in April 2019. Foreigners are now able to work at 14 industries which are approved to be short-handed. In response to this, YOLO JAPAN Ltd. conducted a survey among 680 people from 52 countries regarding changing jobs and the result is as following.

Over 90% of the respondents viewed the job change positively and of which, 30% replied that they were actively considering changing jobs.

Ranking of Reasons for changing jobs

The fact that more than 51% showed “Looking for career advancement or a more rewarding position” indicates that many are considering to change jobs as a positive move. Further, followings are said to be the meaning of career step-ups.

Contrary to the concerns many recruiting personnel have toward the reason for changing jobs, ‘the human relationships’ counted mere 1%.

What were difficult in changing jobs?

Most of the respondents who raised the difficulty of Japanese language, the most popular issue, have indicated that they could communicate in Japanese. However, they seem to feel that Japanese used in the job-hunting activity is far more difficult than the daily conversation.

The average number of companies people applied to before successfully finding a new job was 8. 74% of people answered that the time consumed was less than 6 months. And then 72% considered that the Visa for specific skill workers shall have good influence on foreigners who are working on job change efforts.

It is expected that the Visa will create an active job changing market for foreigners.