Kotatsu History, Types and its Advantages 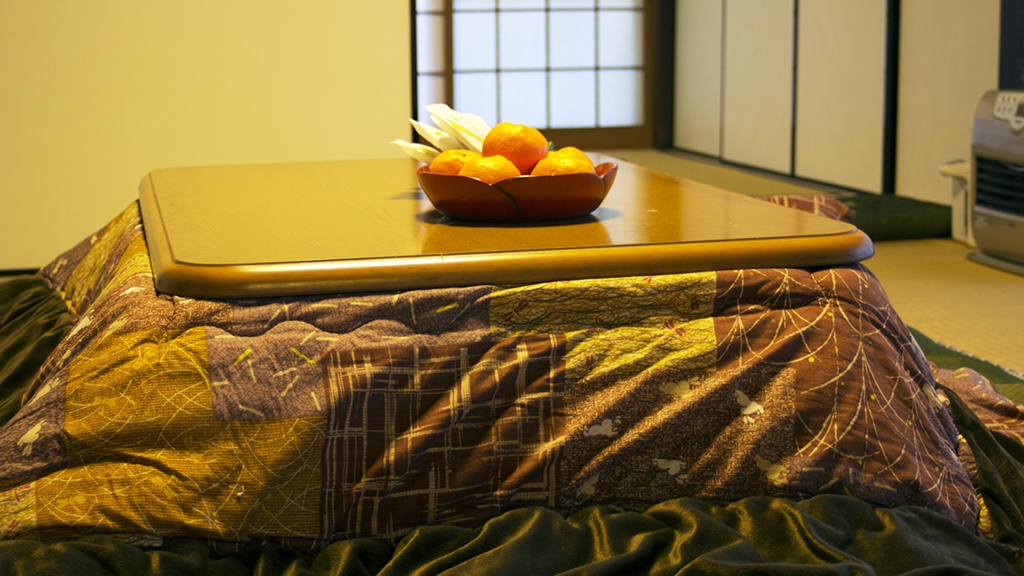 The kotatsu is heating equipment useful in cold winters. You place a quilt on a heated table, and put your feet under the table to warm up. As this is often depicted in manga and anime, it is well known even overseas. On this occasion, I would like to introduce you to the Japanese winter tradition of the kotatsu.

History of the kotatsu

Ancient Japanese homes were built to allow for good ventilation. This was a design built to survive the humid summers. However, when it came to winter, this made it difficult to warm up the whole house. This is the reason why “heating equipment that warms the body within a small space” developed in Japan.

Advantages of a kotatsu

Kotatsu have many advantages over other types of heating equipment.

There are two types of kotatsu.

This is a kotatsu in which the quilt and countertop are combined with the table with the heater attached. This can be used by simply placing it on top of a carpet or tatami and attaching the plug to the socket. It can be moved easily between locations, and is cheap, so it is the type of kotatsu that is most widely used in Japan.

This is a kotatsu where there is a hole immediately underneath the kotatsu, and the heat source is installed there. Use this by placing your legs inside the hall, and sitting you were in a chair. Generally, this is made by digging a hole in the floor. Recently, hori-gotatsu style units, combined with storage boxes with tatami on top so that a hole can be made in the middle have become available.

The kotatsu is a heating device that has been loved in Japanese homes since ancient times, and it continues to evolve in accordance with the age. Currently a wide variety of types are available. This is a kotatsu for people living alone. It is of a size that it is easy to use a table outside of winter. The sense of the room can be changed drastically by replacing the kotatsu futon and the mattress. Another good point about kotatsu is that the patterns can be interchanged, just as if you are changing curtains.

Kotatsu for working at home In accordance with recently emerging needs, we have seen the release of kotatsu suitable for working at home. There are kotatsu in which the countertop has a USB port and power socket. Those tables with long legs can be used while sitting on the sofa or a chair. These are kotatsu that combine both warmth and convenience.