“Ramen” surpassing the popularity of “Sushi” among foreigners 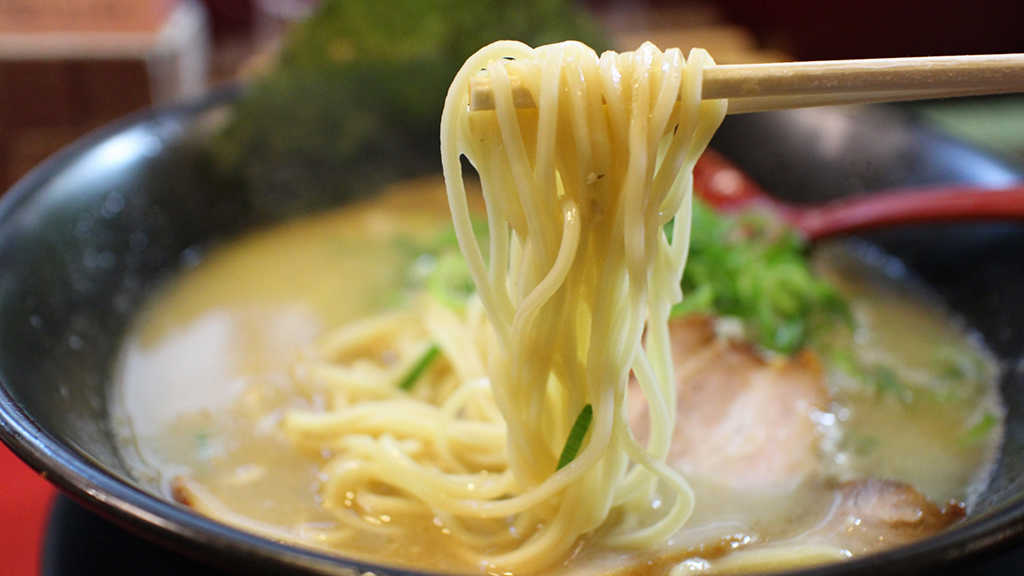 Foreigners think of Sushi first as a Japanese food, but recently Ramen has been claiming the popularity. Many Ramen shops have opened worldwide in cities like New York and London.

This time, we introduce you to the world of Ramen, what it is and its variations.

Japan has her traditional noodle-in-soup, such as Udon and Soba. Ramen also is noodle-in-soup but was originated in China. Chinese brought their noodle cooking to Japan which was blended with Japanese cooking and developed into a uniquely Japanese soup noodle.
Ever since, it has been satisfying appetite of Japanese as one of the most popular gourmets. The Ramen has advanced into overseas market and gaining popularity to a height almost to replace Sushi which has been the No.1 Japanese cuisine. When you live in Japan, please don’t miss this full-filling and yet inexpensive popular dish, Ramen, which is well accepted by taste of foreigners.

There are different ways to sort out Ramen, but we show you here different types of Ramen by soup, which is determining ingredients in Ramen. Please try many kinds and find out which suit you the best.

Very thick broth ramen made out of pork bones

Hakata ramen represents type of ramen with very thick soup made by boiling pork bones. As bones are boiled for long hours, the both looks like thick unclear milk. Foreigners also favor this thick and rich taste.

The soy sauce based ramen is the most popular because of its well-balanced soup of broth and soy sauce, which has been favorably supported by Japanese for years. Soy sauce soup gives your different flavor from shop to shop, because the basic material they use to prepare broth varies between seafood, chicken or pork. There are some variations even in the soy sauce based ramen.

Salt ramen is the one which enables you to taste the soup stock itself. Not only seafood but also chicken bouillon is used to prepare soup. Each ramen shop is particular about this soup stock.

Miso ramen has deep-rooted fans for its exquisite flavor created by mixing soup stock and miso. The most famous one is the Sapporo miso ramen from Hokkaido. The decisive factor of miso ramen is miso itself and shops use different sort of miso to create unique flavors. Spicy hot miso ramen is also very popular.

Some typical toppings of ramen

You can’t forget about toppings when you talk about ramen. There are some ingredients which foreign people are not familiar with. We show you some of very popular toppings.

This is the typical topping and is served sliced like ham. This is prepared by roasting a flavored chunk of pork. Some ramen shops serve roasted chicken as well.

This is bamboo shoot preserved in salt and fermented, and also called shinachiku (Chinese bamboo). It has somewhat chewy texture and is the essential topping for Japanese ramen.

This is also a very common topping. Especially so called ‘ajitama’, a flavored boiled egg goes very well with ramen. You may have to pay an extra charge but it’s worth trying.

This does not play a leading role but can’t do without. This all-purpose condiment goes well with either thick or light broth.

It is the sprout of germinated green beans. This goes well especially with ramen in thick soup such as miso and pork bone broth.

Nori is a very Japanese topping. Nori is dried paper-thin sea weed. Whether to eat it crispy or after dipping in the soup is your choice.

Now, one important issue: How to eat ramen. It’s advisable to use chop sticks and a spoon called renge. However, if it is too difficult to use chop sticks to hold noodles, don’t be shy to ask for a fork. Otherwise, there is no rule and you can eat in your own way.
If you wear glasses or have long hair, you want to be a little careful. As it is not easy to avoid your hair to slip into the soup, you want to bundle them beforehand. Also, glasses can be clouded by the steam, so, it will be good to take them off when eating ramen.

There are a lot of ramen shops in Japan. Each of them competes for their particular flavor. Please try and enjoy this Japanese popular gourmet, Ramen.