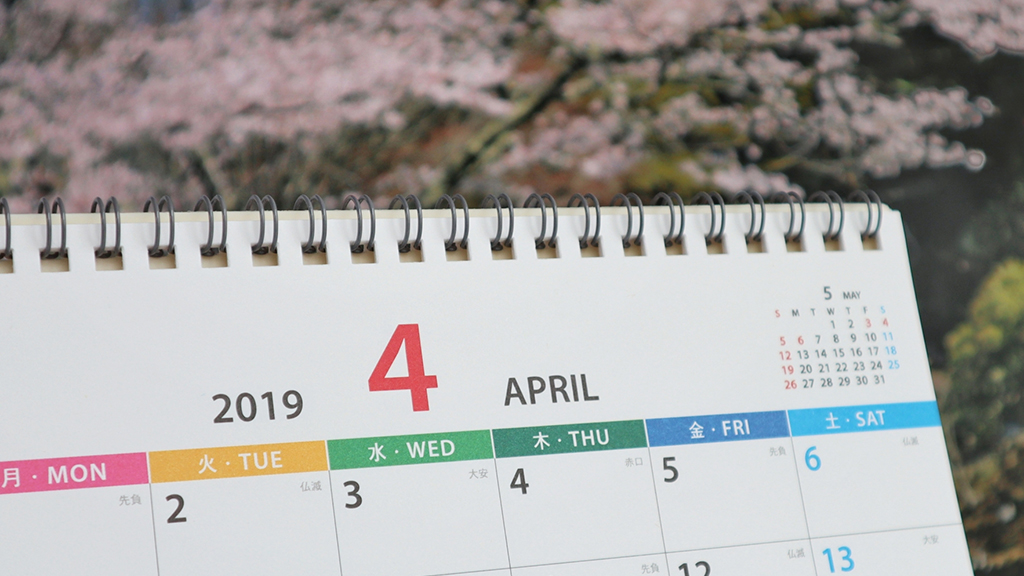 A fresh life starts in April in Japan. Under full bloom of cherry blossoms in April, the first graders begin their school with shiny brand new randoseru (satchel) on their back. Around this season, advertisements are seen all over the place on ‘A new life supporting campaign.’

This is because many institutions in Japan including schools, government offices and companies begin their ‘New Year’ in April. Therefore, most Japanese project April as the beginning of a year reflecting these sayings such as a new school year, new works and a new life.

We’d like to introduce to you the concept of ‘a year’ and ‘a school year’ in Japan.

Why does a new school year start in April?

The definition of a school year varies between counties, but for most of schools in Europe and America, it’s September. Then, what did make April the beginning of a new school year in Japan?

In old days, the enrollment was accepted year around.

During Edo Era, there was no compulsory education system. Children learned at ‘terakoya’ (a privately operated tutoring school) or at ‘hankou’ (a school supported by a feudal clan). These schools accepted children at any time around the year.

Come Meiji Era, Japan followed the western culture to legalize the school system and universities employed the September enrollment. A novel ‘Bocchan’, written by Soseki Natsume in this period, includes a passage saying, “My brother graduated a commerce high school in June.”

However, in 1886, when the government fiscal year was set to start in April, many schools followed the suit and changed their school year to begin in April. The School Education Act was put in place in 1947 which stipulated that a school year began on the first of April and ended on March thirty-first of the following year. This system governed all schools except a few.

It is said that there were many things which made April the beginning of a school year. Those include the change of a fiscal year of the government offices, the April enrollment to teachers schools and the April 1st dead line for the notification of the conscription ordinance. Many believe that, for example, as the operating expenses were provided by the national and local government, schools adapted the same period as their school year.

The fiscal year of many companies starts either in April or January.

Incidentally, a fiscal year is the cycle of the annual reporting by the national and local governments. It is from April 1st to March 31st in Japan. It is stipulated by the Financial Act.

On the other hand, private companies are free from this law and can decide their own accounting period or operating period.

They tend to choose one of the above but many set their accounting year at other period to avoid any inconvenience during their busy season.

The annual accounting period for individual proprietor is January 1st to December 31st by law.

Difficulty to change to September enrollment

The notable shortcoming caused by the April enrollment to a school is that most other countries have different school year which may create some difficulty when communicating and applying to study abroad.

The different school year may present some obstacles in cases when a Japanese goes overseas to study, a foreign student wants to study in Japan, a Japanese student comes back to enter a university in Japan after graduating overseas high school, and a joint research takes place.

Japanese use the word ‘shun-ka-shuu-tou’meaning spring, summer, autumn and winter. Depicting the life of plants as the changing season, Japanese make spring a start of a year when buds begin to come out. Passing an entrance examination is called ‘sakura saku’, meaning cherry blooms have blossomed. This saying came from the telegram template to notify the acceptance.