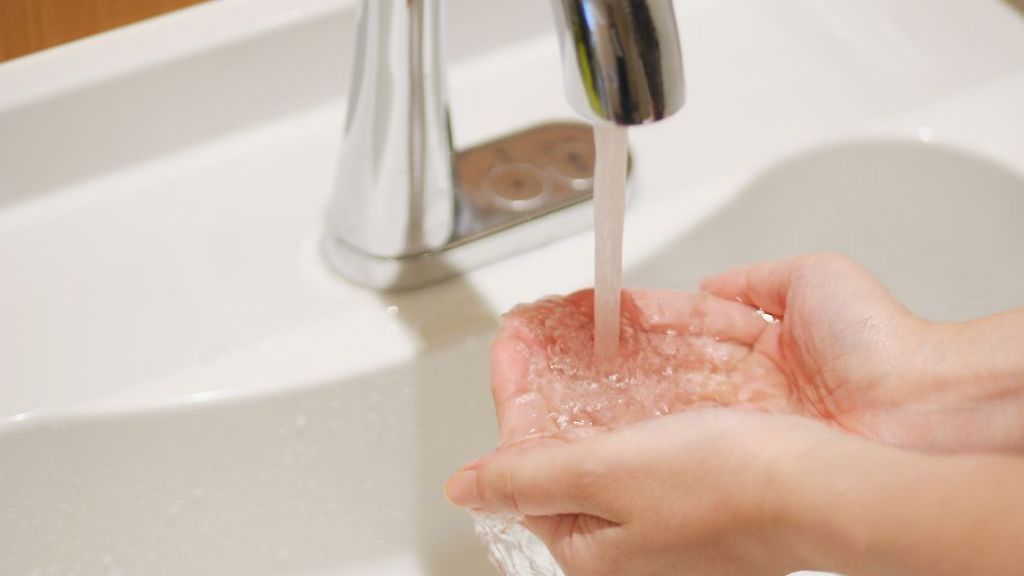 Different countries have different water situations, but Japan’s water is probably one of the best in the world.
It is natural that water will come out if you turn the tap for 24 hours.
The quality of tap water in Japan is at a fairly safe level worldwide, so there are no worries when drinking from the tap.
This time I would like to touch up on Japan’s tap water and how it is possible to drink straight from the tap, how they get rid of chlorine, and to talk about the solidity of the water.

Japan is one of the few countries where it is possible to drink from the tap.

In Japan, the tap water in everyone’s home is consumable and is one of the few countries in the world where it is possible.

It is very unlikely to get ill when turning on the faucet and drinking the water. Many Japanese people use tap water as their daily drinking water.

Why can you drink Japanese tap water as it is?

This is because Japan’s tap water is required to be inspected by law.
As of 2019, there are 51 confirmed entries that must meet the tap water standards.
In Japan, only water that has cleared this strict inspection is being supplied to each household.

Thanks to this sewage treatment system, we can prevent rivers and groundwater from being polluted.

These are the reasons why it is possible to drink tap water in Japan.

Cause and measures of smell of tap water

You can drink tap water in Japan just by turning the faucet.
However, depending on the person, the smell may be a bit strong.

The cause of this smell is chlorine.
In Japan, salt is contained to disinfect tap water.
With the use of chlorine the germs are disinfected and you can drink fresh water, but on the other hand, the tap water might smell a bit like chlorine.

It does not matter if you use it for coffee, tea or cooking, but if you drink it as it is, the smell may be noticable.

If this bothers you, it is best to use a method to get rid of such annoyances.

Get a water purifier

The easiest way to get rid of the oder is to install a water purifier.
For home use, you can attach the filter on the faucet.
However, do not forget to clean the filter regularly!

The use of the lemon is not used to cover up the chlorine smells.
Chemical change is caused by vitamin C contained in lemon and chlorine itself disappears.
Add a few drops of lemon juice to 1 liter of water and start mixing. You can remove the chlorine in an instant.

Use the filtered water as soon as possible.

Filtered tap water cannot last very long, so let’s try to drink it early.
In addition, it is recommended to use water that has not been filtered into your humidifiers, as it will make it easier to breed bacteria.

Japan’s tap water is drinkable.
However, in recent years, people who buy mineral water are also increasing because of their health-consciousness and commitment to taste. If you compare the taste between the two, many people will find mineral water more delicious.

However, mineral water is more expensive than tap water.
It is a battle of cost performance and taste and is chosen according to each taste and lifestyle.

So with that said, Japan’s water is mostly soft.
Although there are some differences depending on the area, the hardness of tap water in Japan is often said to be around 50 to 60 on average. Soft water is characterized by a pleasant and mellow taste.

In addition, soft water is gentle water, so it is also water that is kind to your skin and hair.
If you come from a country with hard water, you may be surprised how nice your hair and skin will feel from the water.

Soft water also brings out the delicious taste of soup stock, so it is suitable for Japanese cuisine that makes the most of the taste of the ingredients.

Japan’s tap water may be a concern for the smell of chlorine, but it is also evidence that the water is disinfected properly. In terms of safety, it is a very high level world wide.