What is “Otoshidama”? Etiquettes and Average Amounts 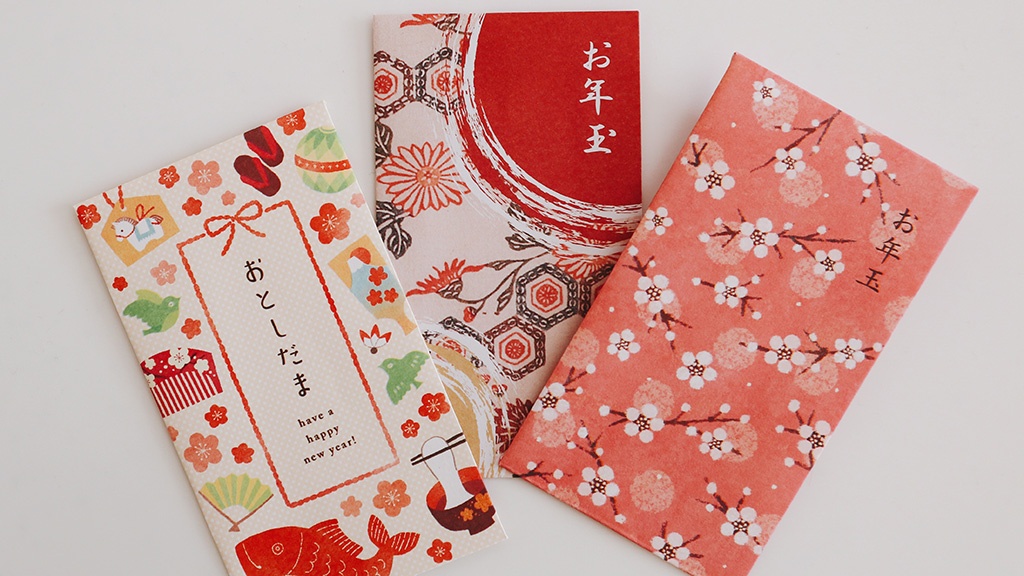 In Japan, there is a custom in the New Year in which adults give money to children to celebrate the turn of the year, called “O-toshidama”. For o-toshidama, money is placed in a small gift envelope, called a “Pochibukuro” before being handed over. On this occasion, I would like to introduce you to “O-toshidama”.

In Japan, there is the handing down that on New Year’s Day (called “Gantan”, the morning of January 1st), the gods who watch over you in the new year visit each household. To welcome the gods, we clean our housesat the end of the year, decorate them with kadomatsu (decorative pine branches) and shimenawa rope decorations, and offer Kagami-mochi (mirror-shaped rice cakes). It is said that the origin of the “O-toshidama” is that the Kagami-mochi offered to the gods were shared among family members to pray for safety in the coming year.

When do you give o-toshidama?

To whom do you give o-toshidami?

Basically, it is given from higher to lower ranked people. Many people give them to nephews and nieces, children of relatives, and their own children and grandchildren. If you want to give it to a child from another family, such as when you visit a friend or colleague’s house for New Year’s, it is better to get their parents’ consent before doing so.

From what age to what age children should you give this to?

There is no hard and fast rule about the ages of children to whom you give o-toshidama. Some people give it to children before their first birthday as a celebration for being born, whereas others start giving o-toshidama from age six when children enter elementary school. Some people stop giving it when children graduate high school, and other times they are given until the person concerned starts working as a member of society.

If there is a particular custom for a region or household, you should follow that. If you are able to discuss it with the children’s parents in advance, you should take the opportunity to do so.

How about the children of people in a superior position to you?

How much o-toshidama should you give?

There is no rule about how much you give. The number 4 is also read as “Shi” meaning “death”, while the number 9 can also be read as “Ku” meaning struggle, and due to the associations with these, you should avoid giving 400 yen, 4,000 yen, 900 yen, or 9,000 yen. You should also avoid giving too much.

If there is a particular custom for a region or household, you should follow that. If you are able to consult with the child’s parents in advance, this may also be a good idea.

How should you give it?

Be sure to place it in a “pochibukuro” before giving it to them. You should never pass cash over as is. You can buy the pochibukuro at the convenience store, 100-yen shop, supermarket or stationery store. You can also make them using origami (folded paper) or Mizu-hiki (decorative cord made from twisted paper). If you do not have a pochibukuro, wrap it in paper first.

Method of Inserting in the Pochibukuro

Take notice of the front and back sides for coins and notes. When giving notes, you should basically use new notes. If you do not have any new notes, use ones that are as pristine as possible.

The side on which the human face is drawn is the front (in the case of the 2000 yen bill, it is the side with “Shureimon Gate” on it). Fold it into three so that the front side folds inward, before placing it in the pochibukuro. If you have more than one bill, stack them before folding them into three.

The customs around o-toshidama differ greatly between regions and households. Consult with the parents of the child, as it may be better to provide a gift rather than money or send money in a cashless way. Discuss and check this out in advance if possible.