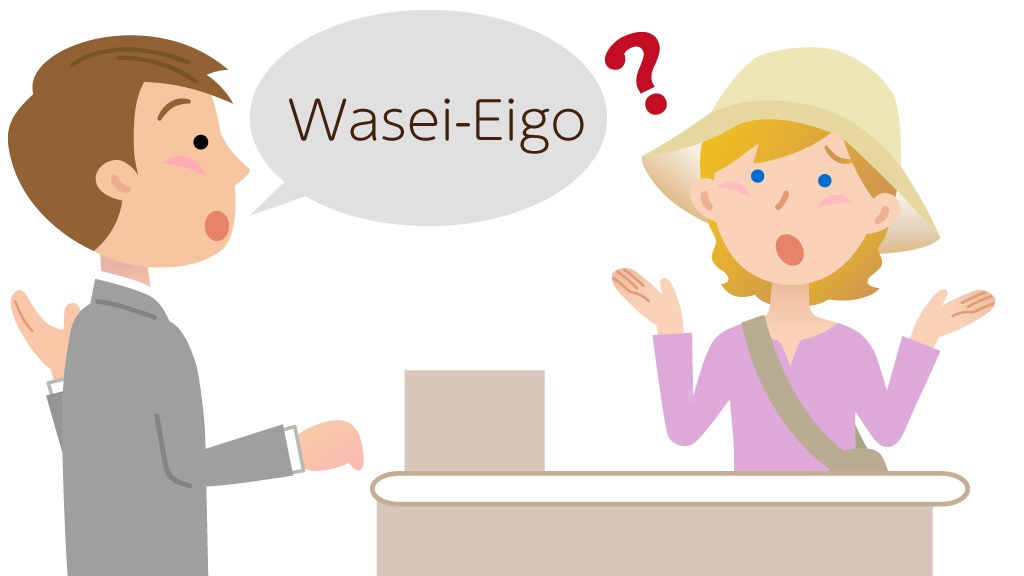 This is different from “Gairai-go”, which are the various katakana words inherited from Western countries, and sometimes the meaning is not communicated to, or is mistaken by, foreigners. Both “gairai-go” and Wasei Eigo are written in katakana characters, so are may be referred to as “katakana English”. On this occasion, I will introduce you to some Wasei Eigo that is often used in the workplace.

Meaning: complaint
This can be thought of as Wasei Eigo originating from the word “claim” in English; however, rather than the terms meaning “assertion or demand” in Japanese, this is used with a meaning closer to “complaint or dissatisfaction”. Further, a person who frequently makes complaints is called a “claimer”, rather than a “complainer”.

Meaning: service / special / treat / free / freebie
The word “service” in Japanese has an extremely wide range of meanings. Of course, it has the same meaning as in English, but it also means “volunteer service to somebody”, give hospitality to a customer, provide a discount in commerce, or add on a freebie.

Meaning: after-sales service / customer support
This refers to a manufacturer or a dealer etc. providing maintenance or repair of a product for a customer.

Meaning: a pay scale raise / a pay scale increase
This does not refer to the promotion of an individual, but rather an increase in the base salary or base rate for all employees working at a company. This may be hard to understand as it is not a concept present in Western countries. The word “base up” may be further abbreviated to “bea”.

Wasei Eigo for which the origin is unclear

Meaning: outlet / socket
This refers to the part of the wall where you insert power plugs in order to send electricity to electrical appliances over wires within the building. The meaning for this term is also mixed with that of a power plug. For example, when people want you to pull out the plug, they may say “pull out the consent”.

Wasei Eigo made by shortening English

Meaning: personal computer
Paso-kon is abbreviated Wasei Eigo for personal computer. Laptops used to be referred to by the word laptop in Japan as well, but as they have become more lightweight, they are often referred to as “Note Paso-kon”, due to the fact that they can “be opened and closed, and have high portability, like notes”.

Meaning : mistake
When you fail at something, this is called a “miss”. The word “mis” derives from “mistake”. This is often used in combination with other words, for example, if you type the wrong character, this is a “type miss”, if you lack care leading to failure, this is a “careless miss”, and if you do not fail even once, this is called “no miss”.